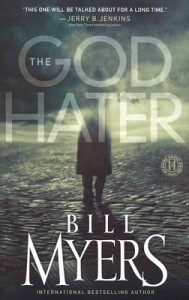 Imagine a virtually realistic world designed to figure out how to save our own world from its inevitable self-destruction. No matter how many ways super genius Travis plays out the various scenarios, the end result is always the same: anarchy. Thinking he must have missed something, he contacts his brother Nicholas, a reclusive professor, to bounce ideas.

Nicholas, an avid atheist who loves nothing more than shredding incoming students’ faith, is shocked to find that the premier male in his brother’s Virtual Reality world is patterned after his own long-dead son. This gets under Nicholas’s skin until he can’t think of anything but saving the world of Alpha 11. Over and over they tweak something and run the program again, but the result is always chaos. Finally Nicholas wonders if the “people” in the program correctly understood the basic rules. But–maybe–rules alone wouldn’t be enough. Maybe they need a visit from the Programmer.

Follow the adventures of the real life (though fictional!) Nicholas and his Virtual Reality counterpart as they seek for solutions–not only for the VR world, but for Nicholas’s soul.

The author has created a compelling premise in The God Hater. Allegorical symbolism is prevalent throughout the tale, but as we’re reminded in the author’s notes, these are always going to fail at some point. Myers says, “Allegories. . .only capture pieces of truth and are way too slippery to do much more–just as I would encourage you not to base your science upon this science, the same should go for your theology.”

With that in mind, I found this novel to be quite thought-provoking and very excellently written. The world-within-a-world is as complete and defined as the Santa Barbara area that Nicholas and his brother inhabit. This book will challenge your thinking.

One of the most original minds in supernatural suspense, Bill Myers deftly weaves timeless truths into incredible tales, powerful and thought provoking. His worlds have brought millions of readers not only amazement and entertainment, but also into a deeper relationship with God.

This novel is available in the church library.